How to knit Fair Isle

As one of the most loved traditional knitting techniques, Fair Isle creates captivating knitwear using multiple colors in a repeated design. Get ready to make alpine-style sweaters, asymmetrical accessories and beautiful homeware in this iconic style. Whether you're going for a modern twist or keeping rustic, we've got the basics covered, from stranded Fair Isle knitting instructions to lovely Fair Isle hat and free mug cozy pattern by Juliet Bernard.

So what is Fair Isle knitting?

Fair Isle (often known as stranded knitting) is a wonderful color technique with a rich heritage going back hundreds of years.  The basic principle is to create motifs by alternating two or sometimes three colors of yarn in each row.  Some designs are very traditional, but you will also see a growing number of patterns that take a more contemporary graphic approach to raise this technique to the next level.

If you're working with a project that uses fair isle you might find a knitting chart in the pattern by the designer to help guide you. Fair Isle can be knitted in panels that you can sew together to make your garment, or knitted in the round in one continuous piece.

How to knit stranded Fair Isle

How to knit the Fair Isle technique

On a knit row when you're ready to change color, insert the right needle into next stitch working with the first color. Then, pick up the second color. Take it under the first shade of yarn and knit the next stitches.

Change back to first color and, taking it over the second color, work the next 3 stitches

Repeat, 3 more stitches in second color, making sure that the same color is taken under each time. This will stop the yarns from tangling.

Make sure your knitted stitches are spread out evenly on your knitting needle, so the tension remains nice and consistent!

How to Knit the Weaving Method for Fair Isle

Want to try knitting Fair Isle but don’t know where to start? This amazing beginners Fair Isle mug cozy is the perfect project to learn your first steps. Juliet Bernard walks us through two methods of Fair Isle colorwork using two colors of your choice. You can then go on to apply this technique to snuggly sweaters, cozy cardigans and unforgettable accessories!

How to knit an easy Fair Isle Mismatch hat

Knit a beautiful Fair Isle hat with Juliet Bernard following the steps in the video at the top of the page.

This design uses a stunning Fair Isle asymmetric zig-zag design with Poetry yarn by Willow and Lark. Knitted in the round, this is a great (surprisingly easy) project that’s brilliant for practicing basic Fair Isle skills, whilst producing a sumptuously soft beanie you’ll love wearing on chilly days!

Cast on 100 stitches to your circular needles and join in the round using your first color.

Knit 10 rows of rib stitch. Increase by 20 stitches in the round.

Join second color and follow the instructions on the knitting chart, repeating pattern 6 times in the round.

Use a stitch markers to track the beginning and end of your colorwork so you can easily correct mistakes early on.

For the crown of the hat start decreasing following the k2tog and ssk using the instructions on the pattern.

When the stitches are too tight to be on the circular needles switch to DPNs.

As you continue to decrease you will begin to see a beautiful star design appear on the crown of the hat. Secure the top of the hat and sew in the ends. 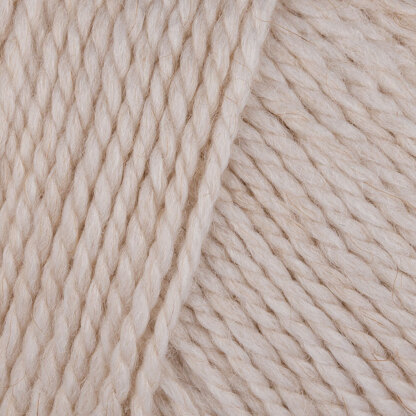 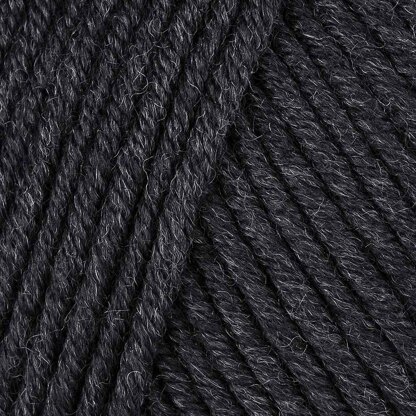 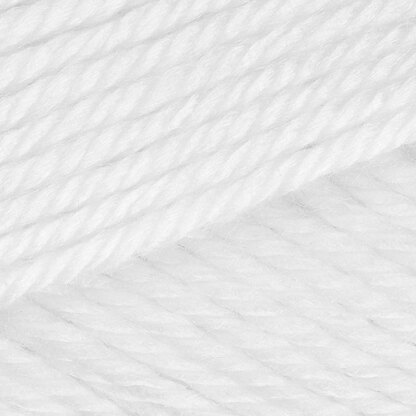 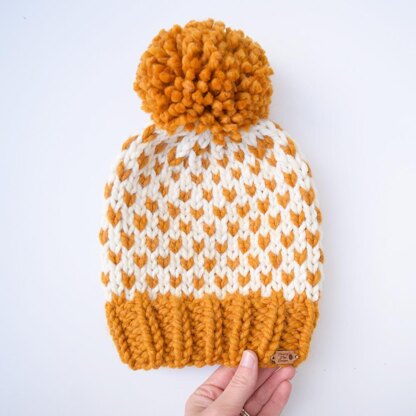 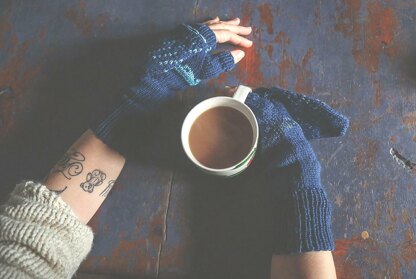 We ask Juliet Bernard, the founding editor of The Knitter, a few more questions.

Can you tell us a little more about the history of Fair Isle?

The Victoria and Albert Museum has an intriguing early example of a cotton sock made using stranded knitting. The sock, found in Egypt, dates all the way back to the 12th century.

But other clues we have suggest Fair Isle has been around a lot longer than that….

In Mary Thomas’s Knitting Book, she references a piece of Arabian knitting as old as the 7th century that is in the Leicester Museum, although her book was first published in 1938 and we haven’t been able to track the item down.

During the Middle Ages ornate motifs using expensive dyed silks were stranded with silver-gilt to demonstrate the high status of the wearer.

Today, Fair Isle describes the traditional technique of knitting with color on the island of Fair Isle and throughout the Shetland archipelago.

Above, early Arabic sock dating from around 1000 CE & woolen golf jumper from Shetland Islands from 1920's. Images courtesy of V&A and Knitty.

There are lots of different theories about how the islanders learned to knit in this way. One is that a Spanish ship was wrecked off Fair Isle in 1588 and the sailors that survived passed on their skills and motifs which had a distinctly Moorish feel to them.

Or could it have been Dutch and German traders stopping off en route to the East Indies? There are lots of examples of the stranded technique all across Europe and Scandinavia, and also as far away as South America so the trade routes obviously played a big role in exporting this style of knitting along with their cargos.

Whichever theory you like best, stranded knitting was a vital source of income to crofters on the islands. With husbands and brothers at sea for long periods of time, it fell to the women to earn money to keep the family going as well as managing the family croft. Knitting garments and accessories was literally a life line with patterns being handed down from mother to daughter.